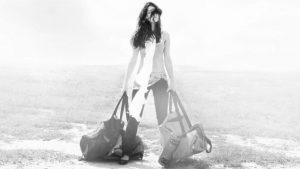 I was having breakfast at Maywood Pancake House last month, and as I was finishing my omelet, I struck up a conversation with the couple sitting next to me at the counter. After a bit of chit-chat about dogs and television commercials, Walter, Maria and I soon got on the topic of overcoming life’s challenges. Walter proceeded to tell me that as a child, his father wasn’t around much—he liked his drink and he liked his ladies. Being the eldest child, Walter stood in for his father. He was his mother’s rock, always at the ready to help her manage the family. He tended to the household chores and yard work, did small repairs, prepared his younger siblings for school in the morning and for bed at night and did whatever else his mother needed.

The twist in the story is that Walter’s mother was not even appreciative of her son’s efforts. In fact, she despised him. It was the 1960’s, and perhaps Walter’s mother wasn’t courageous enough to divorce and start over in an era where there were less favorable employment opportunities for women. She needed to channel her anger and misery somewhere. She even wrote in her will that her son Walter “did not exist.”

I asked Walter how did he deal with it. He said, “That was her problem. I let it go and forgave her.” I was astonished at his simple, but profound response. I asked Walter how he knew to do that. He explained that this simple wisdom came to him while hiking with the Boy Scout troop he leads. Walter said, “When my backpack weighed 60 or more pounds, I was typically exhausted and miserable by the end of the day. When my pack was lighter, I was less tired at the end, and when I had no stuff to carry around in my backpack, I felt great and had plenty of energy to do whatever I wished when the excursion ended.” I was impressed, and respectfully shook Walter’s hand.

Life can be challenging at times. This story further drives home the point that you may not be able to escape or control a situation or its outcome, but you can control your attitude and how you deal with it; and besides, life will unfold much better without that excess baggage.