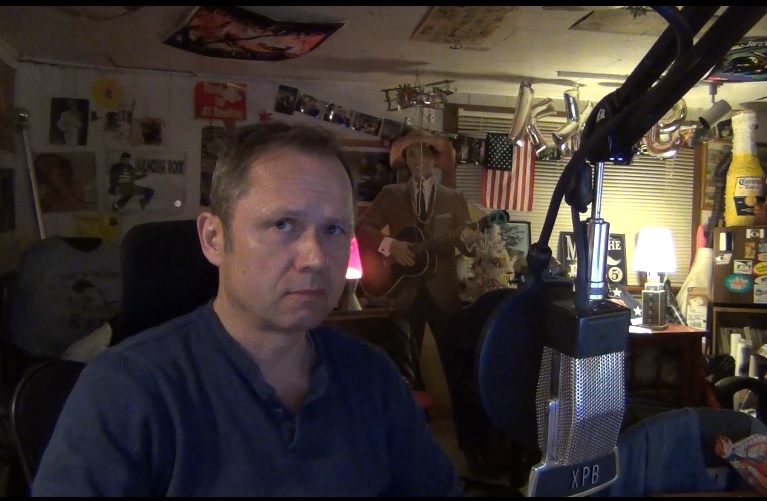 Hocek wrote, “This is the stuff film screenplays are made of…

In June 2020, in true cowboy form, I decided not to renew my apartment lease, sell my possessions and pack up my clothes, computers, printer and several boxes of memorabilia and relocated from New Jersey to the Los Angeles area.

Not long after my arrival, everything seemed to disconnect and it was beginning to appear likely that I would leave LA. I had a dear friend with an empty house in Ocean Shores, WA. She suggested that I stay there for a while to regroup. The slower-paced, enchanting environment of the Washington coast soon began to grow on me and I decided to remain and move forward on launching a marketing company and couple other related projects.

I first rode in to Pacific Beach in February of 2021 and met some of the gang at KXPB Radio. Recent events drew me back to the station to no doubt provide me with my next string of fine adventures. I find myself in the good company of other creative souls. We have lots of fun planned. We have the beach. We have the music. The rest is falling into place. Together, we can initiate the next Renaissance.

Someone needs to be the catalyst… because you can’t start a fire without a spark.”