Dean was the publisher and co-owner of the Northern New Jersey edition of Natural Awakenings Magazine from 2012 to 2020, a cutting-edge holistic health magazine and part of a national franchise of over 70 independently-owned publications. While at the helm, Dean experienced the therapeutic benefits of numerous holistic healing modalities that played a significant part in his own recovery from childhood trauma, addiction and destructive relationship and behavior patterns. 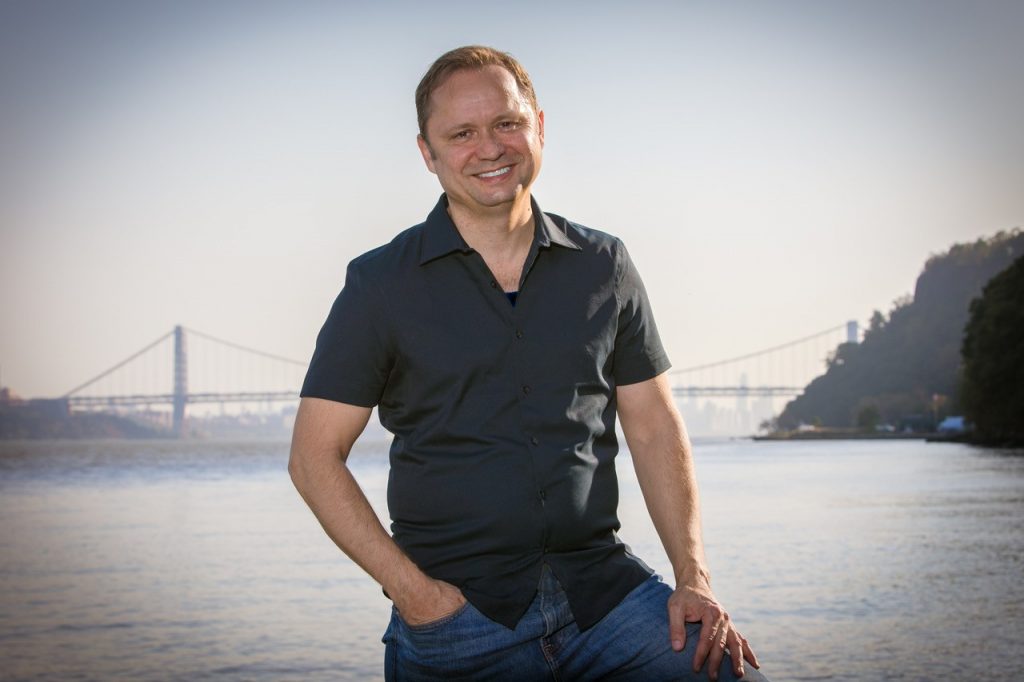 Welcome to the Jungle

In 1969, a 2 year old Dean, and his 24 year-old parents, immigrated to the U.S. from Communist Czechoslovakia 14 months after Soviet Union led Warsaw Pact troops initiated an invasion in 1968 to crack down on reformist trends in Prague. The young family left the country with only two suitcases and a thick, orange wool blanket, and soon crossed the Austrian border to freedom, and eventually found their way to a refugee camp in the quaint, little town of Traiskirchen, Austria. With the support of the Austrian government, they soon received travel vouchers for a flight to John F. Kennedy Airport in New York City.

In his speaking engagements, Dean cuts through the psycho-babble to the bone and digs in deep to unravel the family dynamics and patterns that plague many families to varying levels of severity. These dynamics and their associated patterns can lead our children into addiction, depression, anxiety, destructive relationship patterns, running away from home, promiscuity, crime, violence, hopelessness, prostitution, prison, institutions and a premature death by suicide or other means.

At the core of our society's long, dysfunctional history is the issue of transgenerational trauma, a seldom-discussed phenomenon that effects each and every person on this planet. We pass on trauma to the next generation because we have not taken responsibility and action to resolve our own traumas prior to bearing children. These traumas typically span over the course of many generations, thereby rendering blame obsolete, and if we are fortunate, the pain and discord we experience as a result of our traumas will eventually compel us to resolve the lifestyle dynamics that too often keep us trapped in patterns that render us frustrated, fearful, unhappy and unfulfilled. Dean's account of his recovery from child abuse, emotional abandonment, drug abuse and destructive relationship patterns provide the reader with fresh, compelling insights into the mechanics of abuse and how they shape the psyche and behavior patterns of children both in childhood and adulthood. The book also provides an effective framework that everyone can follow to begin or support their journey of recovery from trauma and its many symptoms and begin to cultivate a life of expansive joy, fulfillment and harmony.

It is common that family, friends and community are often baffled when a young person commits suicide or dies from an drug overdose. It is now only coming to light that most addictions are the symptom of emotional abandonment and other abuses by one or both parents. Emotional, physical and sexual abuse is typically present in the subjects of most suicide cases. Excessive parental control, expectations and manipulation are also forms of abuse that can leave scars on young psyches that can last for decades. Less severe symptoms vary and can present as anxiety, depression, OCD, negative self-image, defeating self-narrative and destructive, abusive, conflict or drama-centered relationships. These symptoms are typically the result of unresolved trauma or PTSD and its associated behavior patterns that often wreak havoc in our lives for many years until we are ready to change.

"Those that come from abusive homes are children of chaos and architects of adversity." —Jerry Dean